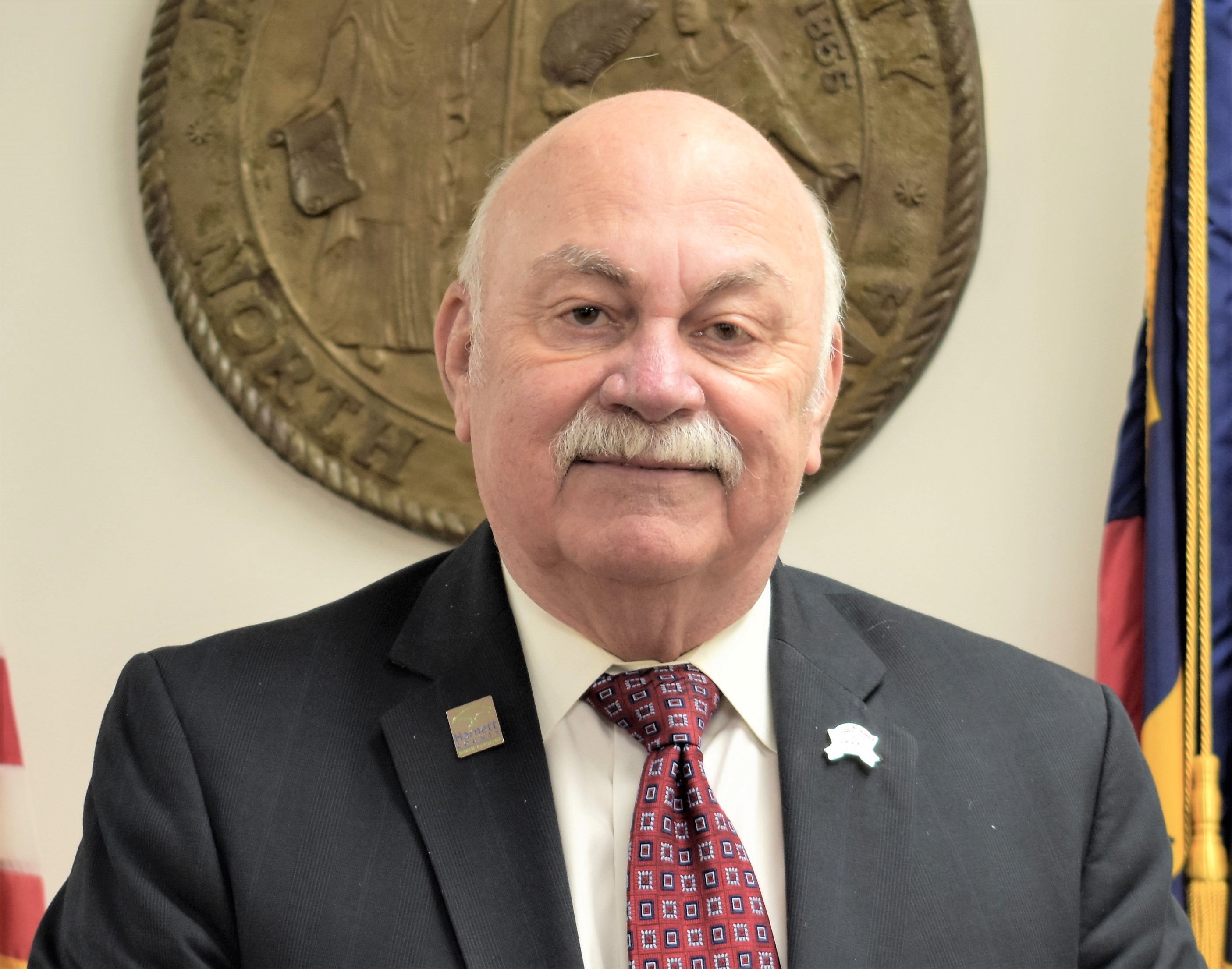 Lewis W. Weatherspoon was elected to the Harnett County Board of Commissioners in 2020, representing District 4. He is currently serving as the Chairman. In 1976, Weatherspoon graduated from North Carolina State University with a Bachelor of Arts degree in Business Management. He then had a successful career in the electronics industry for over 30 years, holding positions as a Sales Representative, Manufacturing Representative, Senior Buyer, and Manager for various companies. In addition, Weatherspoon started his own business, working as an Inspector for various insurance companies to perform safety checks for commercial businesses.

In 2013, Weatherspoon was elected as to the Town of Angier Board of Commissioners and served until 2015 before being elected as the Mayor of the Town of Angier. He has served on the CAMPO Executive Board, NC League of Municipalities Board of Directors, NC Mayors Association, the Executive Board of the Triangle Council of Government, and the Harnett County Mayors Association. Weatherspoon resides in Angier with his wife of 38 years, Peggy Pollard Weatherspoon. He has three sons, Jaimie Smith, Brian Smith, and Brad Weatherspoon, 2 granddaughters and 1 grandson. 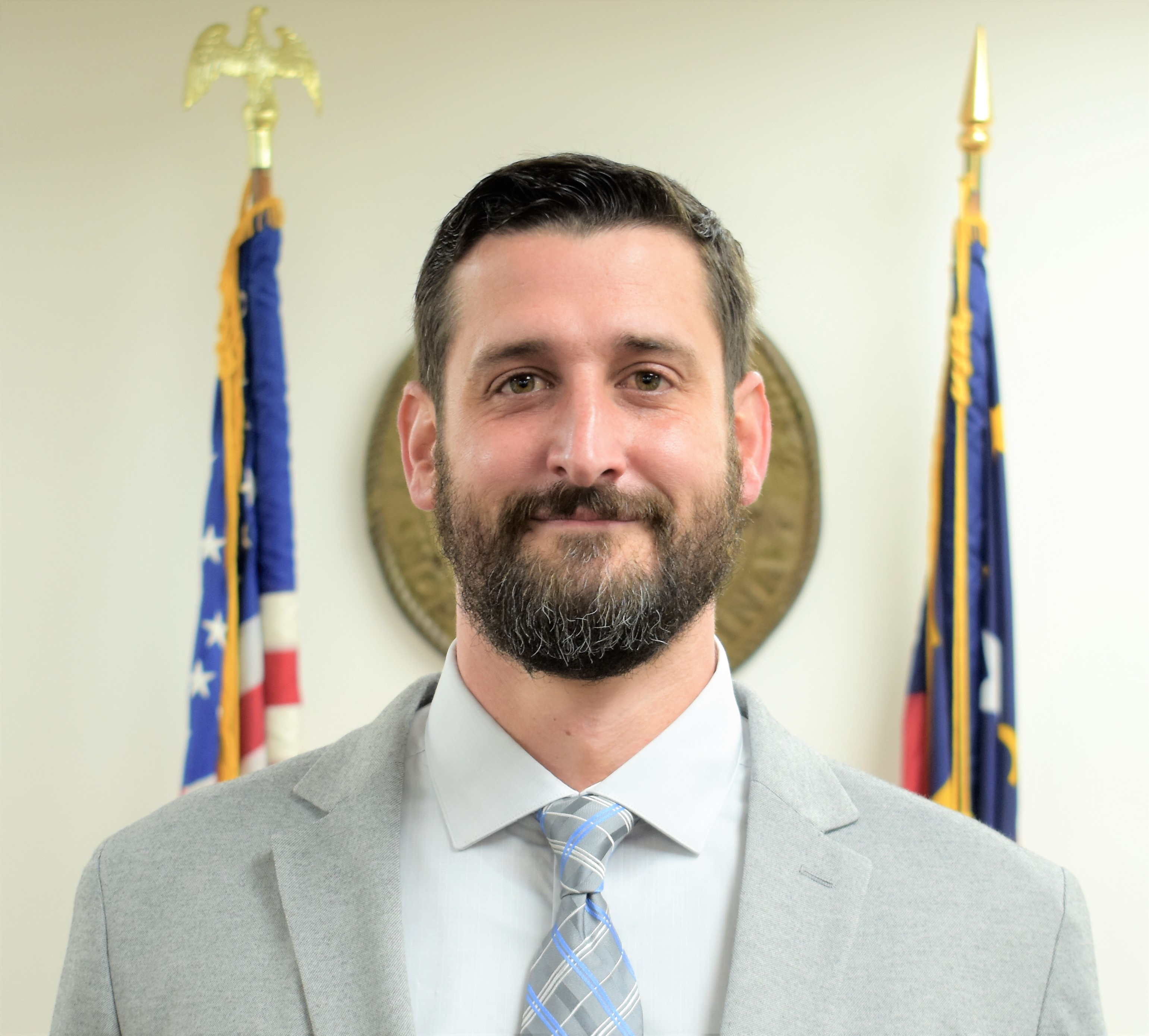 Matthew Nicol was elected to the Harnett County Board of Commissioners in 2020, representing District 5. Nicol currently serves as the Vice-Chairman. Nicol is the owner of a local real estate agency, Carolina Lakes Lakeside Realty, LLC, for the past 3 years in Harnett County. Prior to his career in real estate, Nicol joined the Unites States Army and served as a Non-Commissioned Officer. Matt resides in Western Harnett County with his wife, Alyssa Nicol, and five children, Tyler, Hailey, Sam, Madelyn, and Charlee. 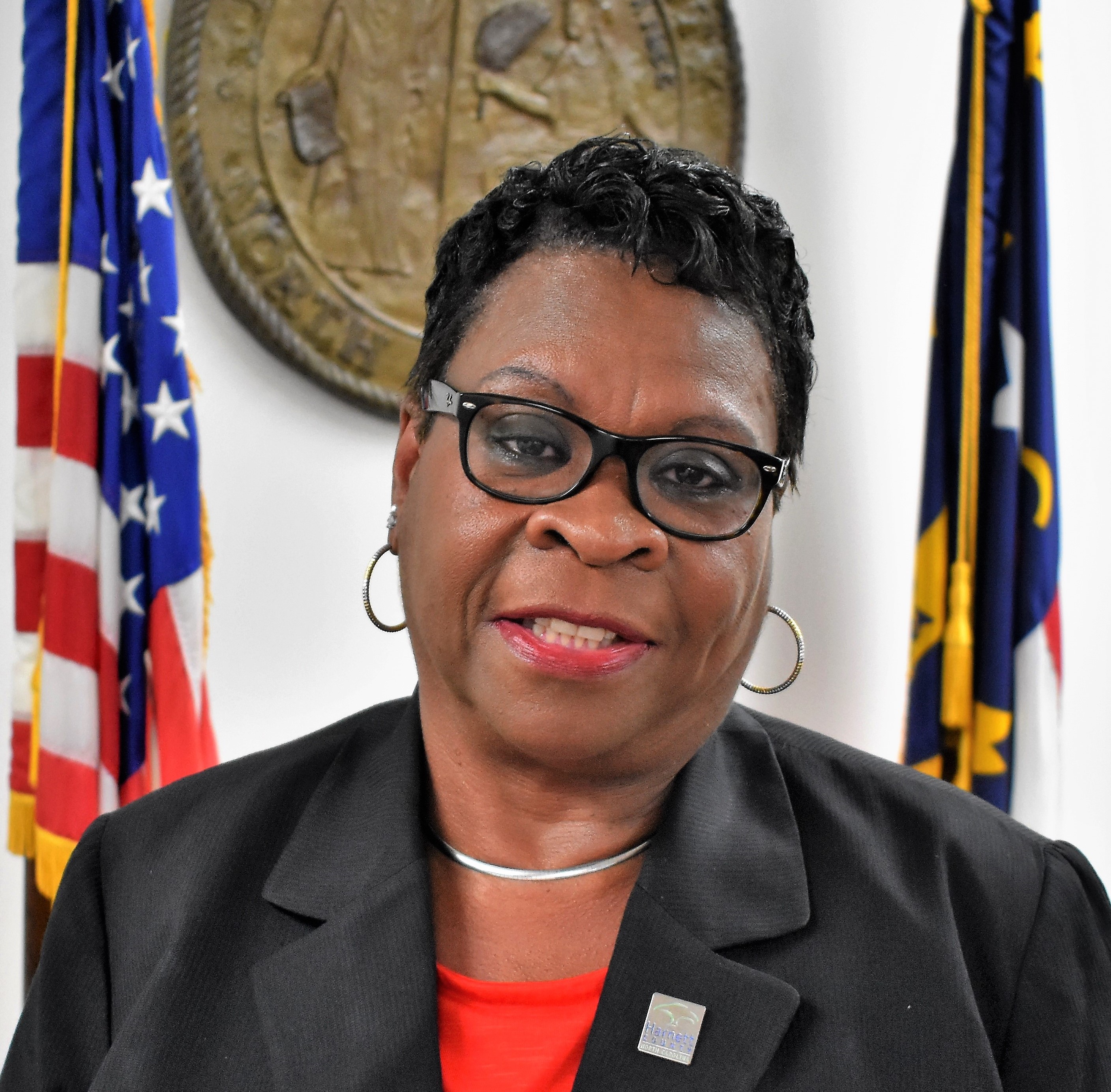 Barbara McKoy was elected to the Harnett County Board of Commissioners in 2014 and re-elected in 2018. She represents District 1. Mrs. McKoy lives in Lillington, NC. She is married to Willie E. Mckoy and together they raised two sons, Victor McKoy of Washington, DC and Bryant McKoy of Seattle Washington. Mrs. Mckoy is a retired Business Agent/Political Liaison for Workers United. She has been actively involved in the Harnett County Community as a community activist for over twenty years. She has worked hard to improve the lives of all Harnett County citizens.

Mrs. McKoy has been appointed to various NC State Boards of Commissions by several North Carolina Governors as well as serving on various community committees in Harnett County. These appointments include: 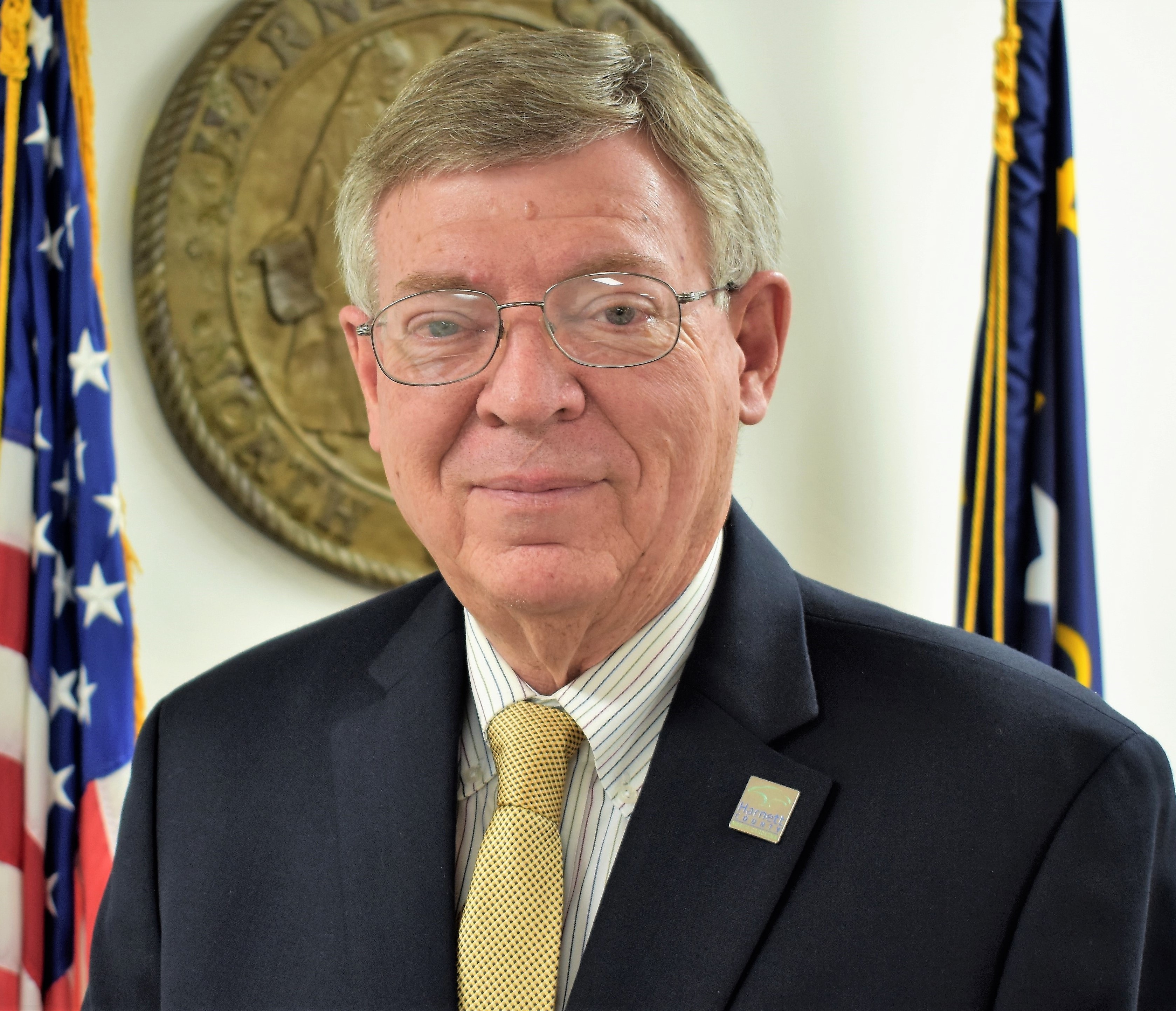 Mark B. Johnson was elected to the Harnett County Board of Commissioners in 2019, representing District 2. He served as the Chairman from September 2020 through December 2020. As a Commissioner, Johnson serves on the Mid-Carolina Aging Advisory Committee, Harnett Properties Corporation, Averasboro Township Tourism Development Authority, Cape Fear River Assembly Board, and the Sandhills Center for Mental Health DDSHS Board of Directors. Johnson has a lifelong career serving others in his community. In 1969, he served a four year term in the United States Navy. After his military service, he graduated from the NC State Highway Patrol Basic Training School in 1974 and was a NC Highway Patrolman for 11 years. In 1985, he began working with the NC Department of Motor Vehicles, where he retired from their Special Investigations Unit in 2000 with over 30 years of service to the state of North Carolina.

Johnson continues to be an active member of his community. He co-founded the Dunn Area History Museum and volunteers regularly with the General William C. Lee Airborne Museum in Dunn. In 2019, Johnson was presented with the North Carolina Order of the Long Leaf Pine Award, the highest honor from the Governor’s Office. He also received Man of the Year honors from the Dunn Area Chamber of Commerce in 2018. Johnson resides in Dunn with his wife of 39 years, Ruby Johnson. He has two sons, Matthew and Jeffrey. 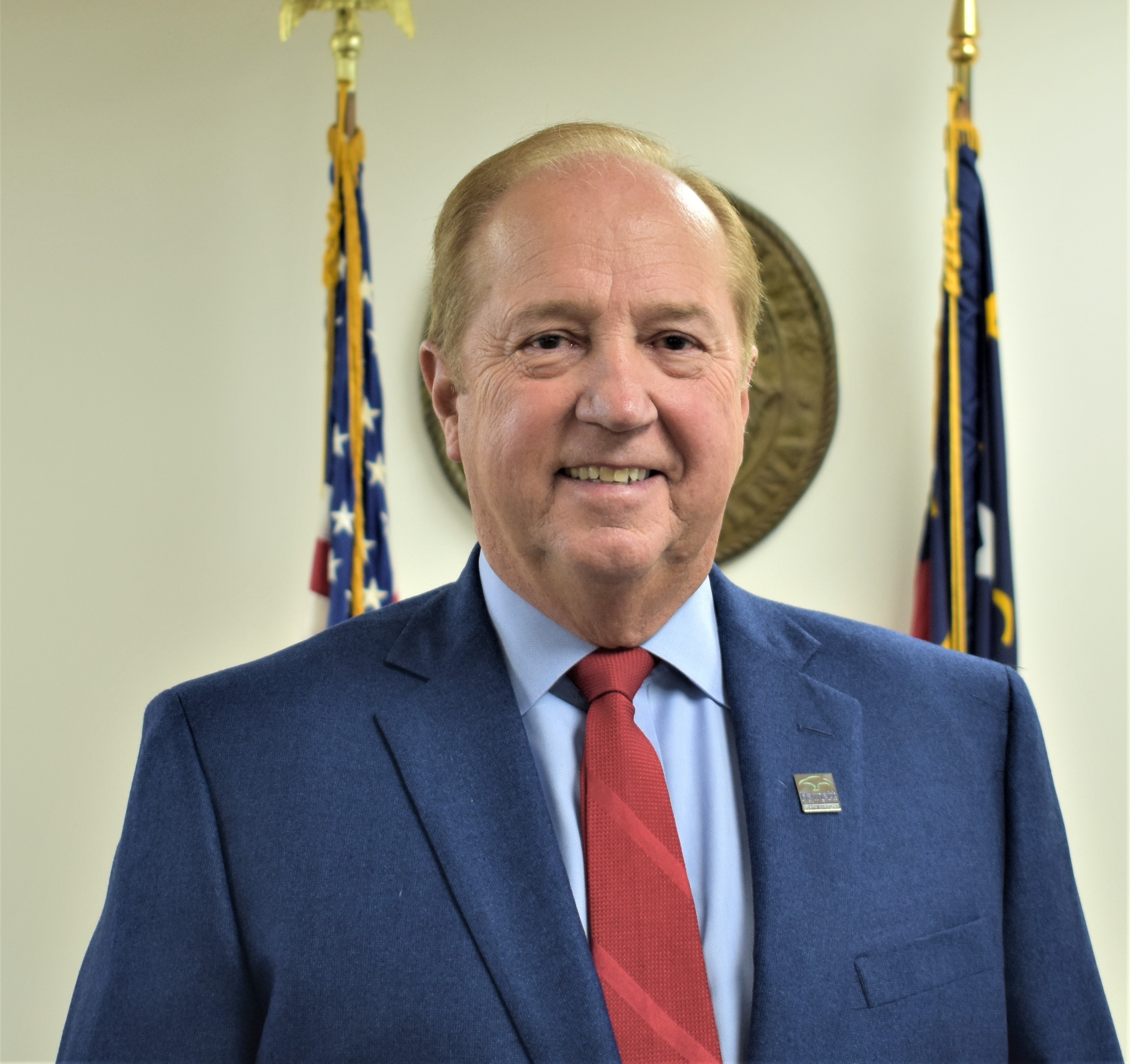 W. Brooks Matthews was elected to the Harnett County Board of Commissioners in 2020, representing District 3. He served as Chairman from 2020-2021. As a Commissioner, Matthews will serve on the Harnett Properties Corporation and Harnett County Parks & Recreation Advisory Committee. Matthews attended Campbell University, where he earned his Bachelors of Science degree in 1976 and Masters of Education degree in 1979. In 2012, he earned an Education Specialist postgraduate degree from North Carolina State University. Matthews has over 40 years of experience in public education in Harnett County. In his career, he has served as a teacher, coach, athletic director, and principal at various Harnett County schools.

Since 2014, Matthews has been Deputy Superintendent with Harnett County Schools.